It’s so ironic to think about it now, it was 2018 and the start of a new year, I’d decided to attempt dry January (again) – I know stupid right? But also jumped on the fitness and diet bandwagon in an attempt to lose weight and tone up with the intention of recreating my 21-year old self. All was going well and (although miserable without any wine or gin), I remained dry in January, kept up my Pilates and legs, bums and tums classes and slowly lost 10 lbs. A short break away to Paris didn’t even deter me as we did lots of walking, even clocking up 14 miles one day on the Fitbit! I did notice my calves began to ache though so had a rest from the gym for a week when I returned home.

Still full of motivation, I persevered signing up to a Clubbercise class with an old friend. There we leapt about for a whole hour like two crazy Duracell bunnies until we could leap or sweat no more. Following the class, we had a cup of tea (no cake) remarking how strenuous the class had been and we were too old for such things. Crazy? Little did I know that this would be the catalyst for one of the most painful and miserable summers I’d known. By Sunday, both legs were so painful, I had an horrendous strain in my groin and my lower back was unbearable. Despite resting and applying heat nothing would ease it. I then experienced numbness in my feet (and hands) followed by pins and needles and I could barely walk or sit without been in excruciating agony. And so, began the round of hospital appointments, therapies and scans. 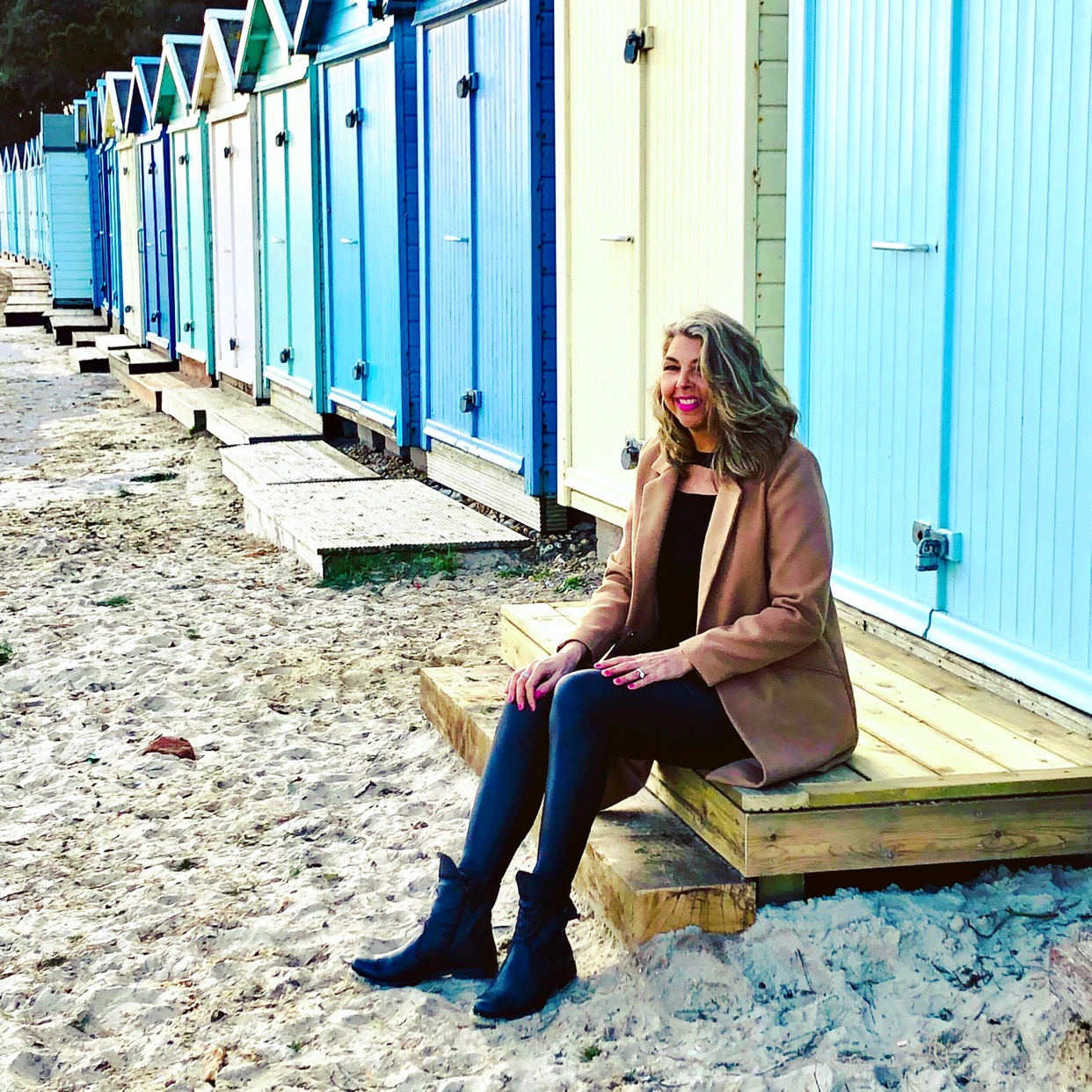 My MRI scan showed I had a minor disk bulge but nothing significant, the doctor told me I had sciatica and gave me exercises, the physiotherapist told me I had SI joint dysfunction and gave me manual adjustments. I had a cortisone injection administered to the SI joint which just burned through my body like acid for two days and set me back months! I tried acupuncture, two chiropractors who treated me for pyriformis syndrome, massage therapy, Somatics classes, hot yoga, you name it, I tried it. Everybody seemed to have a different diagnosis and nothing eased the pain.

In addition to my aching body, I was becoming more and more fatigued, and as I had been diagnosed with atrial fibrillation a year earlier, I was unable to take any sort of painkillers as they sent my heart into palpitation’s (this I later found out was often a common symptom associated with PHT). My arms were also aching and I was beginning to think it was all in my head?

Sobbing to a friend one day she suggested I make an appointment with a private consultant, so with nothing else to lose my husband made a few enquiries at our local BUPA and my GP referred me to a rheumatologist. The initial appointment was £180, but this was the best money I have ever spent. I wondered why a rheumatologist, but later discovered that rheumatologists are the detectives of the medical profession, he tested me for everything. I had several more MRI scans, (hip, CT and back), medical examinations and blood and urine tests.

And then a letter arrived one day in the post copied to me, but requesting my GP refer me to an endocrinologist ‘due to increased parathyroid hormone levels which were currently 12.3, the consultant suspected I had Primary Hyperparathyroidism’. What even was this?

WHAT IS PRIMARY HYPERPARATHYROIDISM?

Too much parathyroid hormone causes calcium levels in your blood to rise too high, which can lead to a significant amount of health problems.

IF LEFT UNTREATED, HIGH BLOOD CALCIUM LEVELS MAY CAUSE THE FOLLOWING:

IT CAN ALSO LEAD TO OTHER POSSIBLE COMPLICATIONS:

Obviously, it came as a little bit of a shock that all the symptoms I had been suffering were caused by a gland the size of a grain of rice! (I later discovered that I’d probably had this condition for over 4 years), I was ultimately relieved as there was a cure and I finally had a confirmed diagnosis.

IS THERE A CURE FOR PRIMARY HYPERPARATHYROIDISM?

Surgery is the only sure way to cure primary hyperparathyroidism. The surgeon removes the overactive parathyroid gland or glands.

HOW ARE YOU DIAGNOSED WITH  PRIMARY HYPERPARATHYROIDISM?

By a blood test which shows high blood calcium and PTH levels. Elevated PTH is the only source in primary hyperparathyroidism. Sometimes PTH levels are high but calcium levels are not. Doctors don’t routinely test for PTH but may do so if you have osteoporosis or another disorder that affects bone strength.

This wasn’t much fun, the test measures certain chemicals, such as calcium and creatinine, a waste product that healthy kidneys remove. I had to collect my urine over a 24-hour period in a huge container, which was sent to a lab for analysis (I fortunately had the day off work to perform this activity). The results of the test determine whether or not you have primary hyperparathyroidism or hyperparathyroidism (caused by a kidney disorder). The test can also rule out familial hypocalciuric hypercalcemia, a rare genetic disorder, as a cause.

I also had a DEXA scan which uses low-dose x-rays to measure bone density (to see whether I had developed osteoporosis), fortunately I hadn’t but I am led to believe that this is reversible.

The sestamibi scan was performed by injecting a small amount of radioactive material into my vein (it didn’t hurt, just felt a little uncomfortable as the fluid was ice cold). The radioactive tracer is initially taken up by both the thyroid gland and the parathyroid glands and can help to identify any abnormal functioning parathyroid adenomas.

The ultra-scan should identify the enlarged parathyroid (it’s like a 12-week scan during pregnancy). However, in some instances the parathyroid is hidden away so cannot be identified as was my story. It was the sestamibi scan which helped the surgeon locate my parathyroid, as the right-side indicated extra activity.

Finally, after all my tests were confirmed the consultant advised I underwent surgery as soon as possible. I was given a month’s notice, although it had taken over a year of appointments and what seemed like a marathon of tests. My operation was due on Monday 20th May 2019 at 7.15 am. To say I was nervous was an understatement. I was aware that in order to remove the gland, my surgeon would have to cut into my neck which would inevitably leave a scar, and that he was ‘going in’ slightly blind as the enlarged gland or even glands had not been identified on the ultra-scan. My main concern was the possibility of nerve damage to my vocal cords which could leave me permanently speechless, and having had previous experience of severe nerve damage resulting in CRPS, this was making me a little anxious to say the least. These risks I was pushing firmly to the back of my mind. However, the success rate for a parathyroidectomy was 93%. I prayed from the minute the anaesthetist popped the needle in my arm until I was finally knocked out! 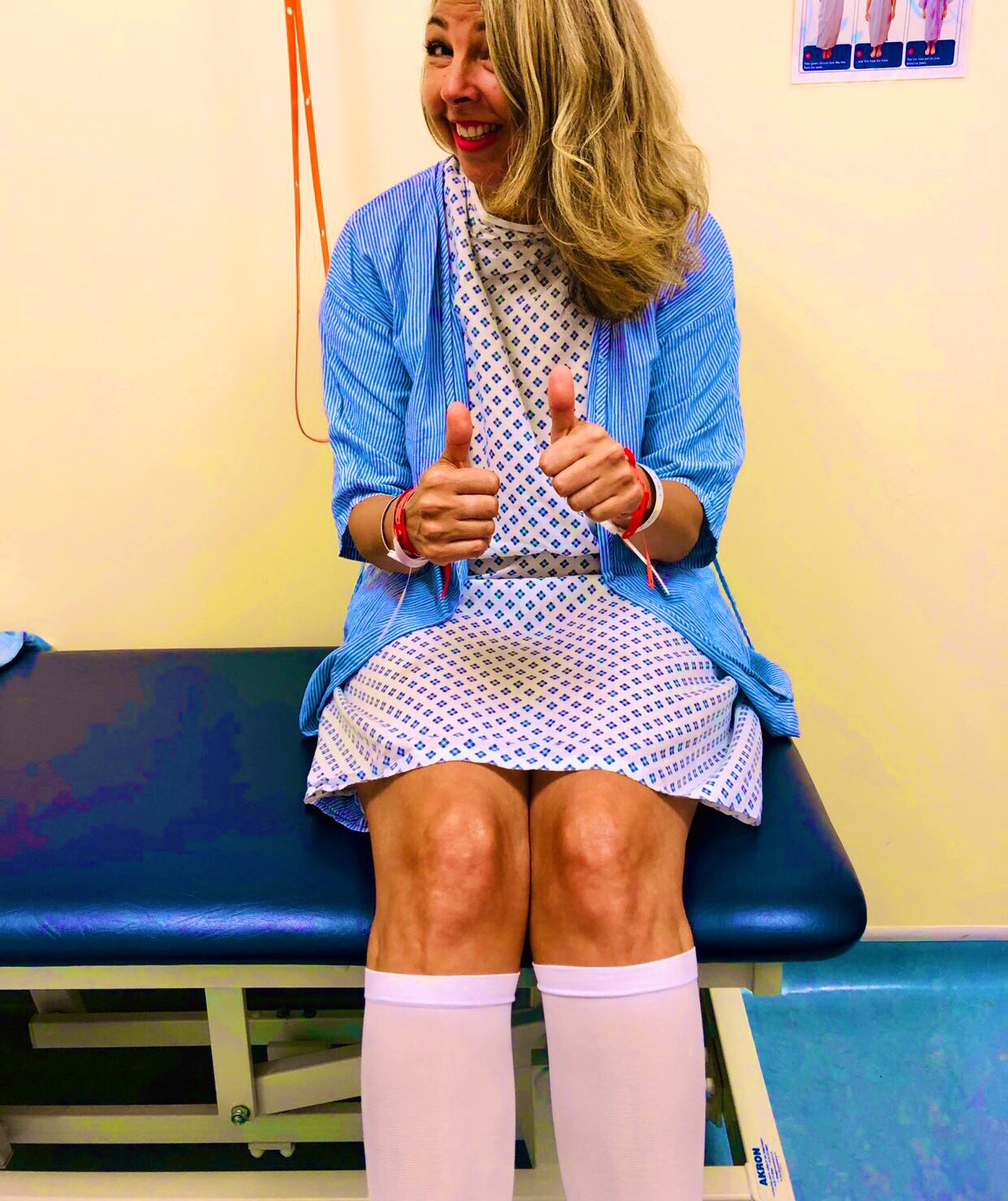 I came around from the operation relatively quickly, that’s because I had a synthetic morphine drug (and not morphine) due to my A-Fib. I didn’t know for a while if it had been a success. I knew I could still speak, albeit it as sore as hell as I’d been chatting away to the registrar about all sorts apparently! It wasn’t until I returned to the ward that I heard the news. My surgeon had managed to pass on a message to me via the ward team. Apparently, my operation was a success, the surgeon had managed to remove the enlarged gland and my PHT levels had returned to normal. I was cured! Just like that. I burst into tears, happy tears, relieved tears and the nurses all hugged me. The four of us celebrated in that little room. It was a magical moment. I feel so very grateful.

HOW AM I FEELING NOW?

I am now 2 weeks post operation. My voice is still very hoarse and I may have a little damage to my vocal cords but only time will tell as my follow up with ENT is not due for another 3 weeks. I am still a little stiff but not in much pain at all.  I have a scar, it’s a very neat scar and sits low enough that I am sure over time it will not be obvious, obvious only to me. In fact, I actually quite like it, it’s significant and marks a journey.

The fatigue and the strange feeling of ‘not been me’, and feeling a little fretful has gone. My bone pain has improved. I am hoping I continue to improve as time goes on.

I am very thankful to my surgeon for performing a successful surgery. My rheumatologist for been so very thorough during his investigations and finally to all the team at the Royal Bournemouth and Christchurch Hospital. 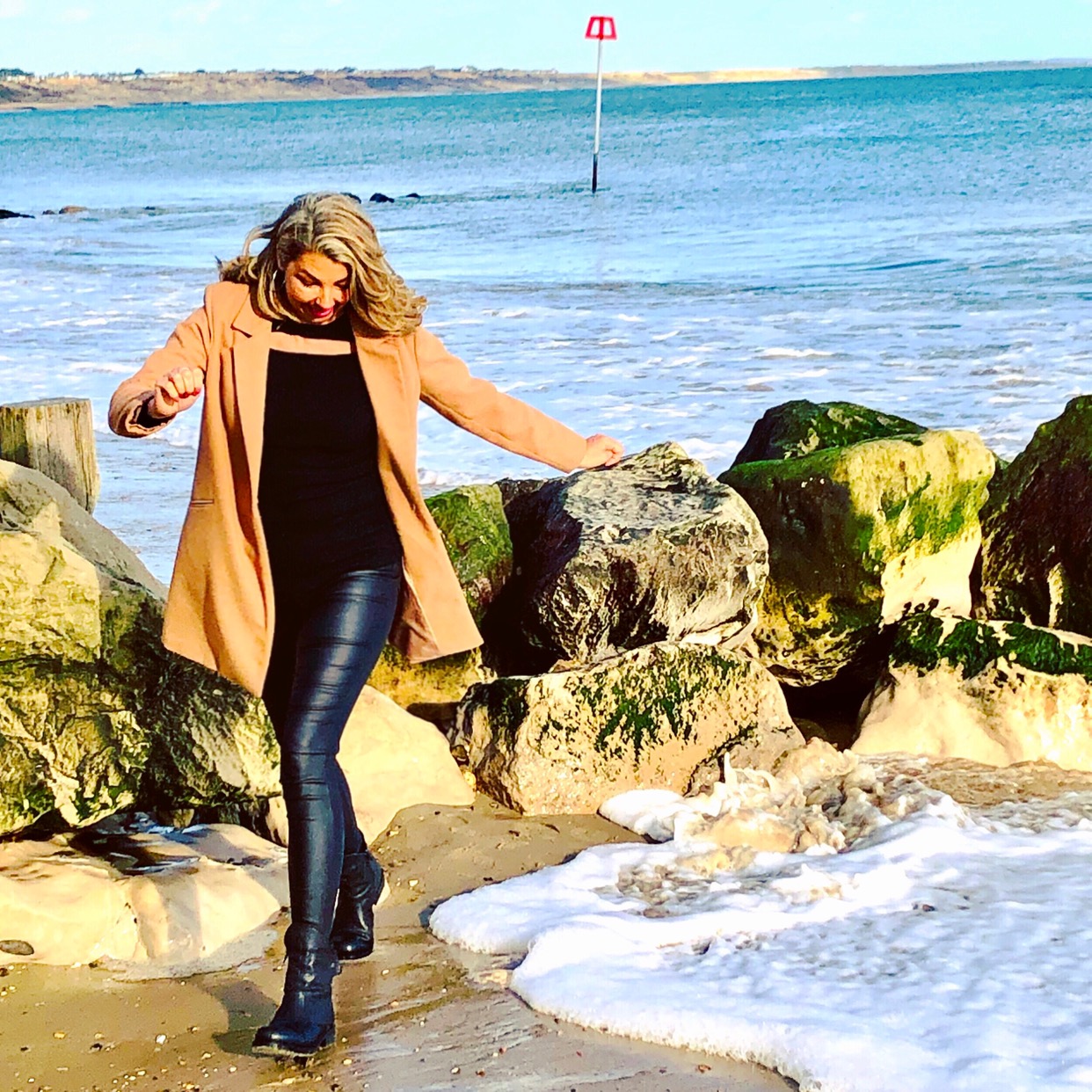 Finally, I would like to reiterate to all the importance of trying to seek out answers when it comes to our health. I could have very easily been diagnosed with chronic fatigue or something very similar, you have to really trust your gut instinct and keep pushing. I really hope you’ve found some of this post useful and feel free to drop me a line via the comments below, whilst I am not a medical professional I will try and answer any queries having gone through this experience myself. 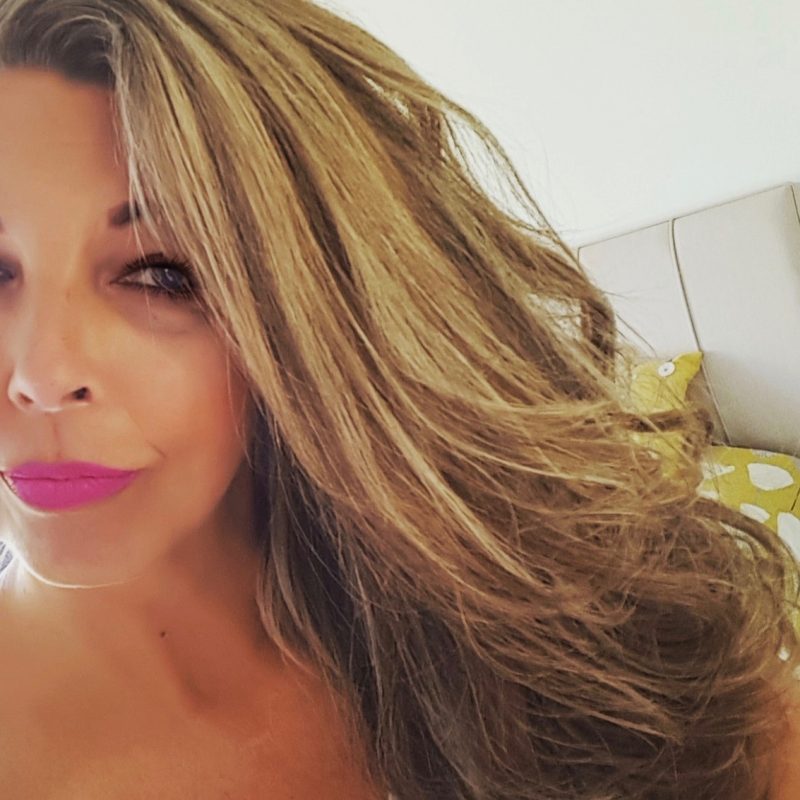